Cultural Leadership served as a proud partner for the JCRC and Newmark Institute’s African American-Jewish trip to Washington D.C. in early December. The trip was conceived by Michael and Barbara Newmark before the pandemic, to encourage connections and understanding between adults of both groups, resulting in positive change in the St. Louis community. With a goal that closely aligned with our mission, Cultural Leadership was happy to join forces and get to work! 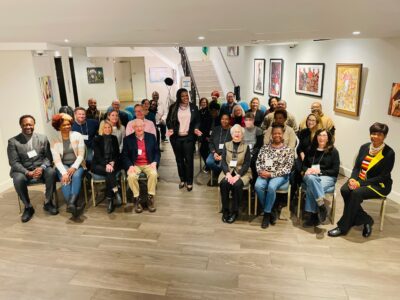 The first stop was the Anacostia Community Museum’s “Utopia Project,” an interactive exhibit that encourages an innovative and out-of-the-box approach to activism as attendees dissect their passion and desirable futures. Visits to the U.S. Holocaust Memorial Museum and the National Museum of African American History & Culture allowed for deeper understanding between both groups, and resulted in conversations that shared similarities rather than differences.

Prior to arrival in Washington, D.C.,participants set group norms, began relationship building with new peers, and engaged with the chosen pre-reading, Jacques Berlinerblau and Terrence L. Johnson’s “Blacks and Jews in America: An Invitation to Dialogue,” a foundation for understanding the current state of Black & Jewish relations. 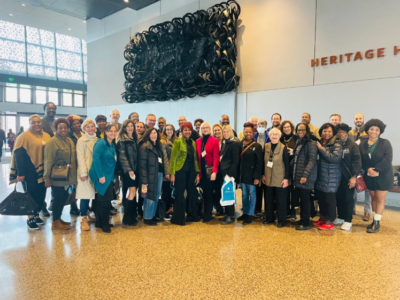 Following the trip, group members were impassioned and determined to maintain connections, publicly stand together, speak out & take action, and work collaboratively on how to bring learnings from this experience to the larger community. They even have plans to meet quarterly over the next year!

We thank the Newmark Institute, Cheryl Adelstein, and the trip co-chairs, Flint Fowler and Phyllis Markus, for partnering with Cultural Leadership to bring such an impactful experience to life. We can’t wait to see what comes from this group in the future!